The first in a nationwide series of launches, this event marked the introduction of a data driven approach to advancing women’s representation in policy and political leadership. The event included an analysis of the findings from five initial case studies around national level data from the United States, Canada, Sweden, Germany, and the United Kingdom. 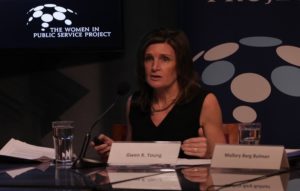 “One of our tools is to build out this data framework. We are aiming to have a global index where we are able to look at where women are in leadership positions vis-a-vis other indicators. To really give us a snapshot of where women are, where they exercise leadership and power, what the barriers are, and to drive institutional change.” 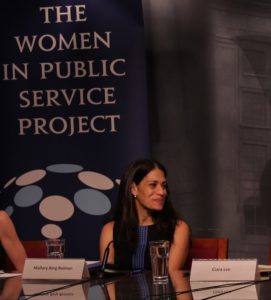 “This is an important effort when you look at gender parity and trying to reach that goal of 50/50. First of all if you don’t know where you are, it’s hard to know how more you have to go. Also, just the transparency of the data alone really helps drive the change, it starts the conversation and gets that into the discourse.” 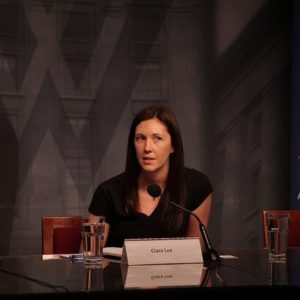 “From a UNDP perspective, we noticed, on a global scale, that public administration is often always left out of the discourse on women’s leadership in government, and is often left out of the data and evidence.” 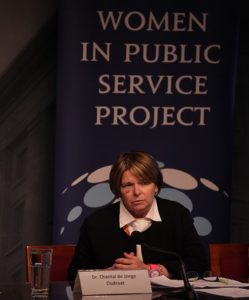 “It is very important to have the numbers out there; the numbers allow us to hold political leaders accountable.”

“Implementation remains really difficult. Having data to be able to show whether there is progress or not, is really important.” 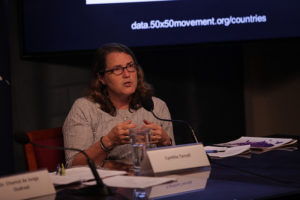 “The reason that data is important to me is that it should drive our strategies for change. If we really are data experts and we embrace the fact that data really should motivate our decisions, then we should invest in the things that are shown to elect more women. Those things include quotas, they include voting systems, they include internal legislative measures, is there onsite child care, how well are women paid once they are in government, and how are they selected via committee chair. The data shows that’s what gets women elected. The data doesn’t support just doing what we are doing alone anymore.”

As emphasized by the speakers, data is a powerful tool to achieve gender parity, especially in public administration. The new Women in Public Service Project data framework measures not just how many women are heads of government or in parliaments, but also women’s representation at all levels of political and policy leadership from the national down to the local level, and across multiple sectors of public service. Working with data partners including Boardwalk Leadership, the Partnership for Public Service, Representation2020, and the United Nations Development Programme, WPSP will deliver the world’s most comprehensive collection of sex-disaggregated data on women’s leadership.