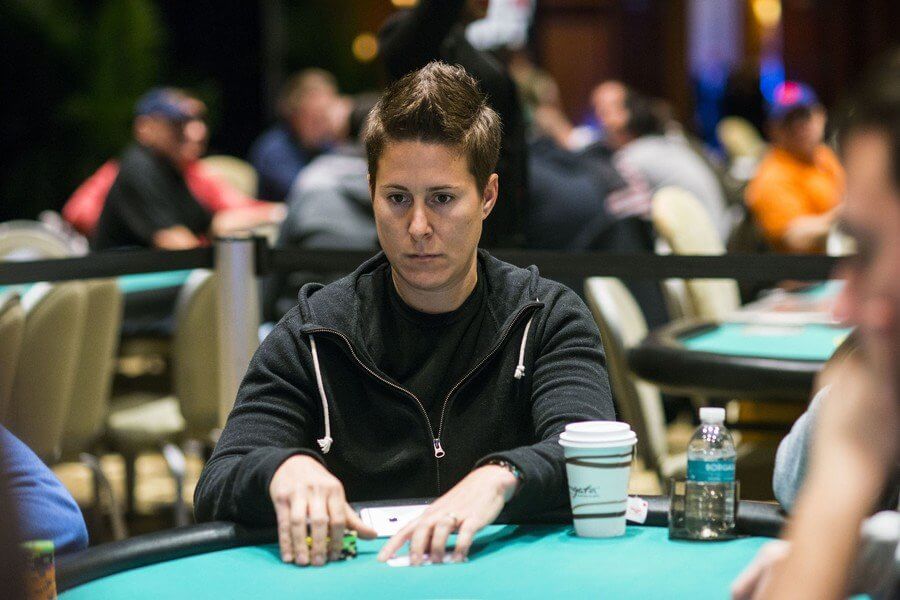 One of the world’s best female gamblers

Vanessa Selbst – The Girl Who Took Poker By Storm

The world of poker and gambling in general is usually seen as belonging to men. Although things have changed for the better in recent times, the ratio of men to women you’ll find in any casino or a poker room is still strongly in favor of male.

Over the years, however, many women have successfully ruined the party for men gathered around the green felt, showing them they can gamble just as well as they can – and even beat them in “their” game. Vanessa Selbst certainly tops the list of the best-known female gamblers and poker players of all time.

With the natural talent for the game and burning passion to reach the top, Selbst has achieved more in poker than any player (male or female) would even dare to dream. If there were ever any doubt that women could play good poker, Selbst has put them to rest for good.

Born in 1984 in Brooklyn, New York, Vanessa has always had her eyes set on success. After acquiring a bachelor’s degree in political sciences, she enrolled with the Yale Law School. Some years later, she completed her education and passed the bar.

In the meantime, though, Selbst discovered poker and fell in love with the game. She started playing in home games but transitioned to the professional circuit as soon as she turned 18 and later 21, allowing her access to all casinos and poker rooms across the country.

It didn’t take long for Vanessa to start posting notable results on the circuit. Her first six-figure score came in 2006, significantly improving her bankroll and, more importantly, giving her a moral boost to continue her journey to poker greatness.

While many players from her generation have started on the internet, often taking advantage of online casino welcome bonus offers, Selbst jumped straight into live games. It was a more difficult choice for sure, as she didn’t just have to deal with the variance that came naturally with the game.

She also had to battle stereotypes about women in gambling, which made it that much more difficult to stay focused on what really mattered.

But never a quitter, Vanessa managed to prove all the doubters wrong, quickly climbing the ranks of poker elite, beating many famous players in the process and happily taking their chips.

In 2008, Selbst won her first World Series of Poker bracelet. This was an important moment in her career because it was becoming clear that the girl wasn’t messing around. She had her aims set high and she wasn’t going anywhere.

In 2010, Vanessa claimed $750,000 after triumphing in the PokerStars North American Poker Tour Main Event. It was her biggest win up to that point, but more were to follow.

Just a few months later, she took down a tournament in France, banking $1.8 million for her stellar performance.

Over the next few years, Selbst went on to claim two more WSOP bracelets, bringing her total count to three and cementing her place as the most successful female player ever.

But, with total career earnings of almost $12 million, she isn’t just the best female player. She is one of the best poker players in the world, period. Her continued success over the years leaves no place for any doubt.

Making Her Way in the World

Vanessa Selbst’s story is fascinating for a number of reasons, but perhaps the biggest one is the fact she decided to live her life the way she wanted, not worrying about what others might think of her choices.

Smart, educated, and talented, Selbst could have picked any career path, but she wanted to follow her passion, and it served her well. She did take a short break from poker to focus on her private life, but Vanessa is once again back at the green felt and ready to crush her competition.

If there is a moral to this story, it’s that there is no obstacle so big that it couldn’t be conquered with enough passion and desire. Vanessa Selbst looked beyond all stereotypes, entered the male-dominated world, and made it her own – and she enjoyed every moment of it!