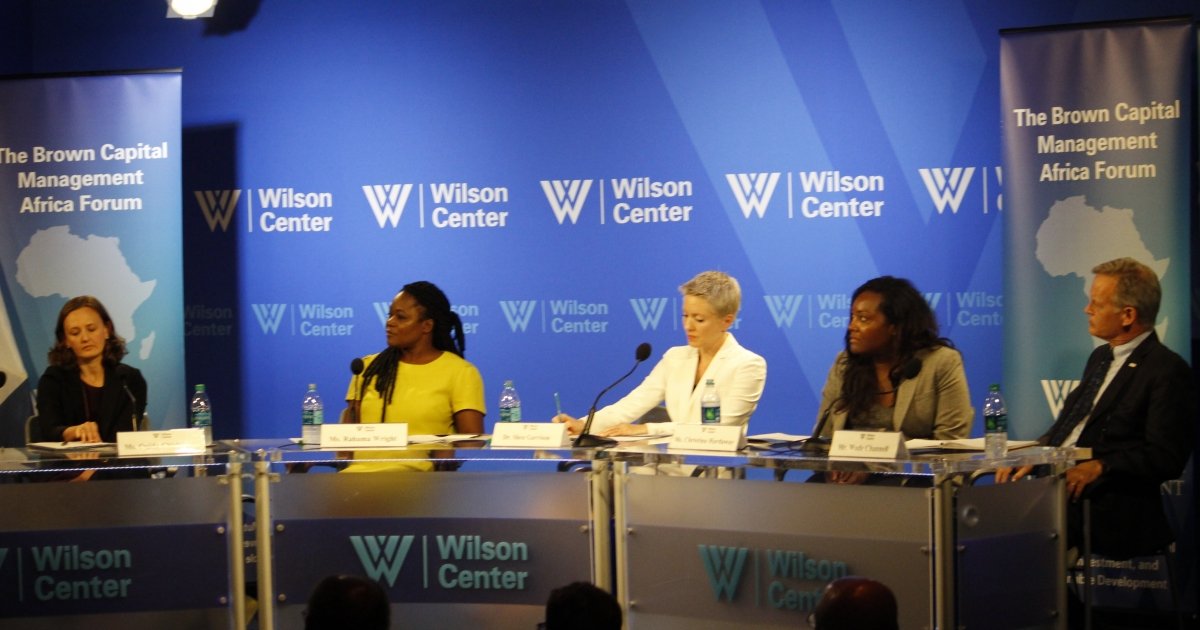 Women’s leadership in government is known to drive economic growth and development. Yet, this has not been widely understood because of the lack of evidence-based data and analysis required to track where women are in decision-making around the world, and why. Using nearly 100 indicators, the Leadership Index is unique in going beyond where women are in leadership positions to also explore how they got there and measure the power they hold in these positions.

The Leadership Index is an initiative of the Wilson Center’s Women in Public Service Project, which has set the goal of “50×50”: 50 percent of public leadership positions worldwide held by women by 2050. An interactive web platform, the Leadership Index allows users to explore the numbers by country, compare data across countries, review findings, and download datasets.

“Evidence-based data like the Leadership Index is critical to driving the policy and systemic change necessary to achieving women’s equal participation in policy and political leadership,” said Gwen K. Young, Director of the Global Women’s Leadership Initiative and Women in Public Service Project. “In order to get where we need to go, we must understand where we are today.”

Rather than moving towards gender parity, last year’s Global Gender Gap Report published by the World Economic Forum suggests that progress is unraveling worldwide. In the four dimensions measured by this seminal report, women’s political empowerment remains the biggest challenge and will take an estimated 82 years given the current trajectory.

The Leadership Index, which was developed in collaboration with the United Nations Development Programme’s Gender Equality in Public Administration, offers new opportunities to analyze barriers and opportunities for leadership, identify critical gaps in the data, and empower policymakers and leaders to better understand what policy changes could increase parity in their countries. It is the only tool to date that measures power and leadership in a multidimensional way, tracking the pathways for women to pursue leadership, the positions they currently hold, and the power they are able to exercise within those positions.

Today’s initial launch of the Leadership Index includes data for 50 countries, and focuses on positions across five sectors of national and local government: executive, legislative, judiciary, civil service and security. An expanded Leadership Index and full report is scheduled for release in spring 2018.

Key findings to date include that civil service is leading the public sector in gender parity; and more women lead at the sub-national level, such as municipal councils or regional assemblies.

For more key findings – including a list of countries leading the world in gender parity – and information about the Leadership Index, please contact Ellysse Dick or 50×50 movement.

About the Wilson Center

The Wilson Center, chartered by Congress as the official memorial to President Woodrow Wilson, is the nation’s key non-partisan policy forum for tackling global issues through independent research and open dialogue. With experts in residence from around the world and a reputation for sound, unbiased and constructive thinking, the Wilson Center connects the world of ideas with the world of policy.

About the Women in Public Service Project

Housed at the Wilson Center’s Global Women’s Leadership Initiative, the Women in Public Service Project (WPSP) is committed to accelerating global progress towards women’s equal participation in policy and political leadership. Through research, partnerships and peer-to-peer networking, WPSP champions the creation of more dynamic and inclusive institutions – leveraging the full potential of both men and women – to change the way global solutions are forged.

PrevPreviousWPSP Announces Panel at the Concordia Summit
NextROADMAP TO 50X50: POWER AND PARITY IN WOMEN’S LEADERSHIPNext